I LURVE me some Charlotte Yarn!

Just when I didn't think my most favoritest (yes I made that up!) local yarn shop couldn't get anymore favoritest it does!!

This weekend was their first weekend in the new place and I lurve it!! :o)

AAh I love the colors (eggplant purple my fav!!), the openness, the windows, the hardwood floors! Yep! It has good vibes over there and great people! Here is the new place (view slideshow):


And I got me some fibers while there today too! 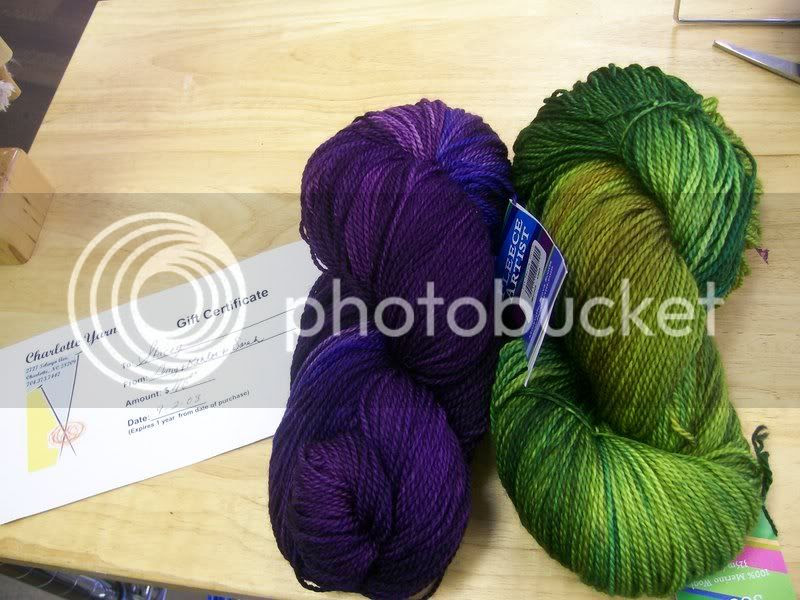 My very sweet co-workers from my old job gave me a gift certificate to my most favoritest yarn shop!! :o)

I guess me talking about Charlotte Yarn 3,902,816 times gave them a clue what I would really enjoy! :op THANK YOU Sarah, Kehler, and Amy for the great gift!!!

I finally used it on some yummy Fleece Artist in Rainforest and Amythest....BEAU.TI.FUL!! 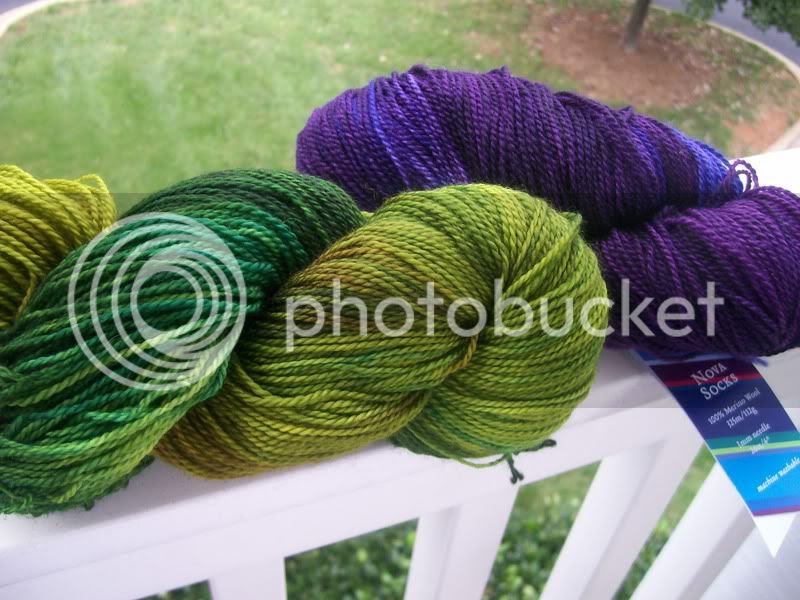 I have been coveting this yarn for a long time, but didn't want to make the commitment quite yet. Gotta love gift certificates! :o)

So I changed my mind and the Rainforest is going to become my Alhambra scarf now! ;op

Okay off to chase down my knitting mojo again!!!

Virtuous
A woman of distinction loving the world of knitting she stumbled upon! Indeed she became a Purl! This blogsphere is about my journey in knitting. You can also follow my running journey at: www.runcrimsonrun.blogspot.com

This is a Flickr badge showing items in a set called 2009 Knitted Objects. Make your own badge here.

Thanks for Visiting Me!